Our 3 Days tour from Agadir  will depart from Agadir in the early morning, with an interesting stop to enjoy the old ramparts of Taroudant city. Then proceed to Taliouine, which is well-known for producing Safran. It is also considered the heart of Morocco’s “Saffron Cooperative” and extends to Ait Ben Haddou Kasbah, the largest Kasbah in Morocco.

We will make a stop at the famous Kasbah Ait Benhaddou, located 30 kilometres from Ouarzazate. It is also one of the most intriguing red earth castles lining the ancient road of the Kasbahs and is a UNESCO world heritage site, then continue to Ouarzazate, “the Hollywood of Africa,” the town has one of the world’s largest studios where many movies you may have seen, such as “Gladiator,” “Jewel of the Nile,” and “The Sahara,” were shot. Check-in your Riad/Hotel, which includes dinner and breakfast.

On the day 2 of your 3 days tour to Sahara desert we leave Ouarzazate. We will drive through the “Road of a Thousand Kasbahs” – the fascinating “sandcastles.” We will continue on our journey to Kalaat Mgouna, known for roses and its annual festival during the roses harvest in May, and then to Dades valley and Tinghir, where we will visit Todra valley.

Take in the panoramic views of the valley’s old mud Berber villages. Arrive at the Gorge and walk beneath the 300-meter-high red cliff, where many rock climbers come to enjoy their favourite sport. Continue our journey to Erfoud and Rissani for lunch before departing for Merzouga, where your camel will be waiting for you. Explore the mysterious Erg-Chebbi sand-sea before mounting your camel guided by an experienced camel man. You will spend the night here, either under the stars or in a traditional Berber nomad tent.

On the last day of our  3 days tour from Agadir, we will ride the camels back to Merzouga in the morning. After breakfast and a shower in your Merzouga riad, you’ll depart for Rissani (formerly Sijilmassa), the birthplace of the Alaouite dynasty, the current ruling family. This is a very traditional Moroccan town, with most women veiled and men hooded. We’ll keep driving towards Agadir, passing through Alnif, Tazarine, Nkob, and Agdiz. We will tour the fascinating Draa Valley, which is home to hundreds of Berber Kasbahs, before continuing to Taznakht, Taliouine, and arriving in Agadir after sunset.

Sort: All tours from Agadir 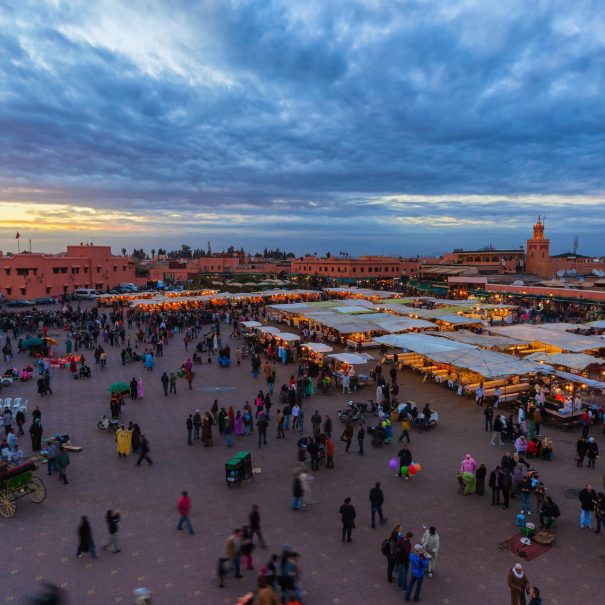 Cultural trip to explore the desert and the imprial cities 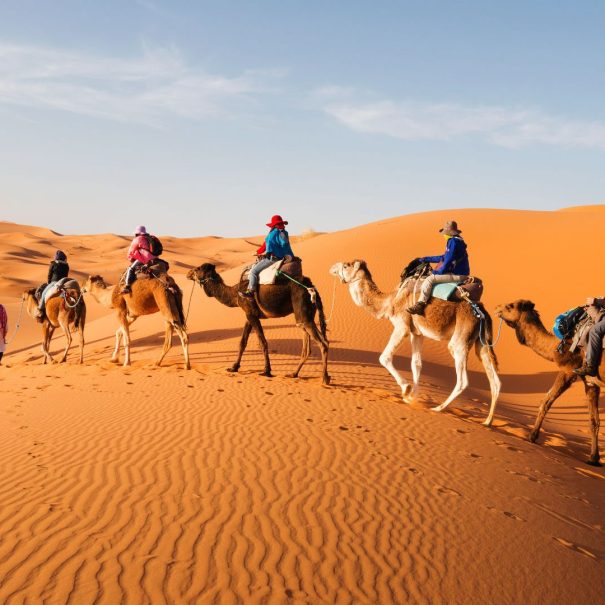 Best desert tour to discover the south of Morocco 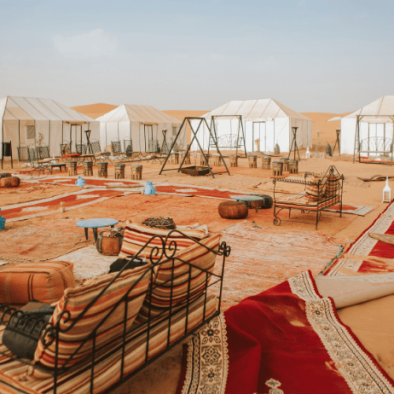 All inclusive 8 days tour from Agadir to Fes via Erg Chegaga and Sahara Desert.